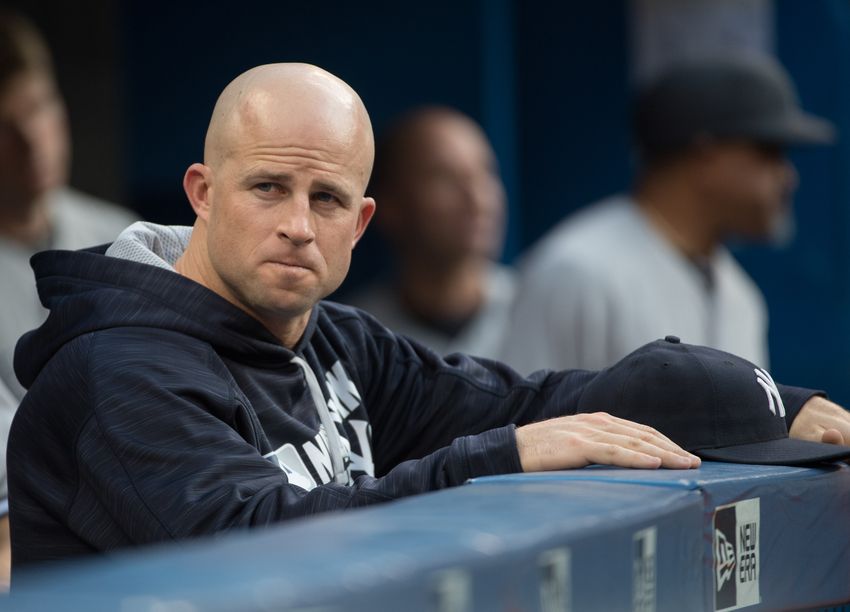 Yankees left-fielder Brett Gardner is entering his tenth season with the organization. He now has the most seniority of anyone on the team. With that, he is reflecting on a more significant role as a team leader in the clubhouse.

Yankees outfielder Brett Gardner now owns a corner locker in the clubhouse. That speaks volumes about where he has been and where he is now as a veteran on a team of youngsters who are trying to find their way in “The Show.”

Reflecting back and relaxing at his new and roomier post in the clubhouse, Gardner told the New York Post:

“My first spring training, maybe my first two spring training, I was No. 91, and my locker was between A-Rod and Robby Cano, so I got thrown right into the fire. I remember praying I didn’t get sent across the street to minor league [camp],”

But, it goes beyond that. As a player who seemingly was listed in the MLB Rumors section every day over the last two seasons as someone likely to be traded, Gardner is still in a Yankees uniform. And while a number of teams at one time or another were interested, Brian Cashman never pulled the plug completing a swap. And, there might be a good reason for that.

Gardner has all the makings of what it …