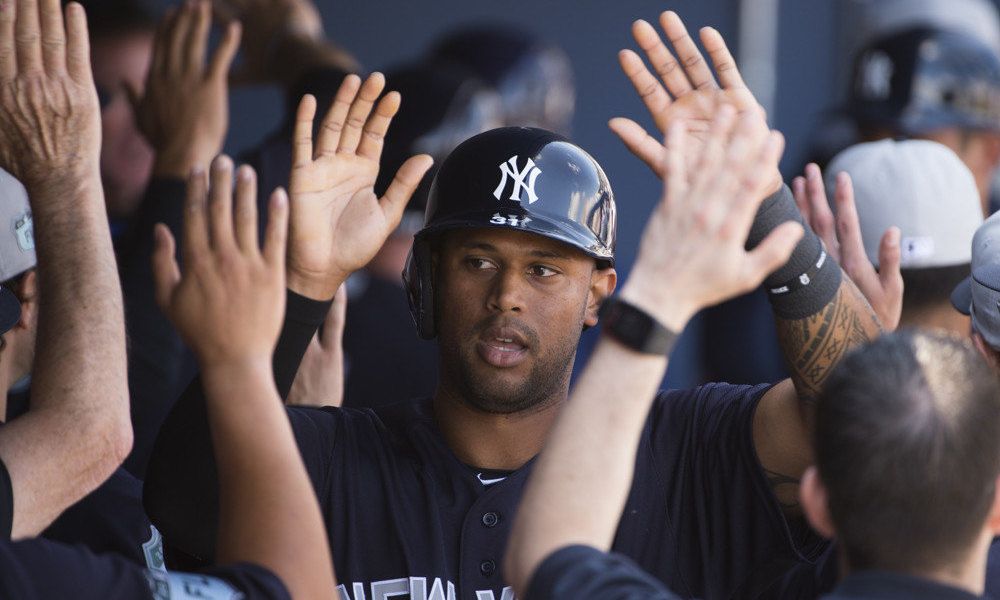 THE YANKEES CHANGE STRIPES
In coverage of the Yankees over the last year or so, there have been many references to their purported youth movement. As recently as Monday, the very fine New York Times writer Tyler Kepner said in a profile of Brian Cashman, “As they market young players rather than marquee namesâ?¦ the Yankees are striving to retain their sense of identity.” This formulation has been overstated.

Due to the nature of the team’s contractual commitments and available talent, any youth movement has been incremental. That is to say that Chase Headley, Brett Gardner and Jacoby Ellsbury are all 33; that Starlin Castro and Didi Gregorius may not be part of the problem but they might not be part of the solution either; that the starting rotation remains a concept.

Still, Greg Bird, Aaron Judge and Gary Sanchez mean they’re trying. Given the changing nature of free agency, when too many players on the market are superannuated veterans, they didn’t have a lot of choices. That doesn’t mean that injury or non-performance might not send them reeling back into the arms of those mediocre thirtysomethings they’ve always trusted more than their own kids. For now, though, youth is getting the benefit of the doubt.

That’s why it’s significant that dark horse fifth starter candidate Jordan Montgomery is going to make his major league debut on Wednesday. He’s not Greg Cadaret or Tim Leary. He’s not even Luis Cessa. He had no hype behind him heading into the spring. He’s just a new face.

For any other organization this would not be a particularly shocking moment, but for the Yankees, it represents an ongoing awakening. When I was young, the Yankees minor league system was where pitchers went to die. If you were drafted by the team, you might as well have quit. Not only did the Yankees not know how to develop young pitching, they weren’t interested in doing so. Your best bet was to do well in the low minors and hope to be traded. If not, you might spend your entire career in Columbus, Ohio.

When you have a child’s dilated sense of time, careers seem to go on forever, like life prison sentences. Royal Clayton, long-time major league shortstop Royce …